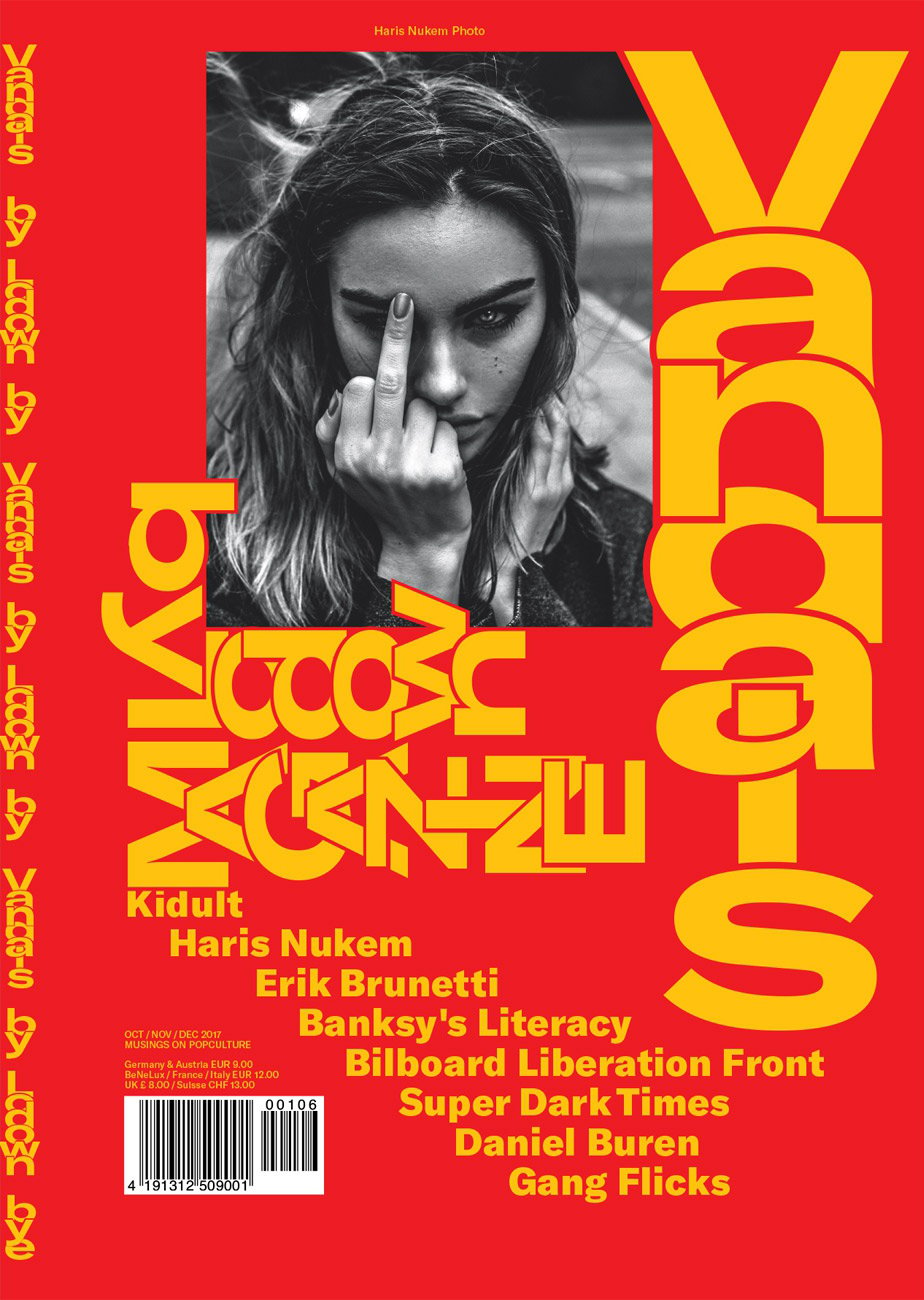 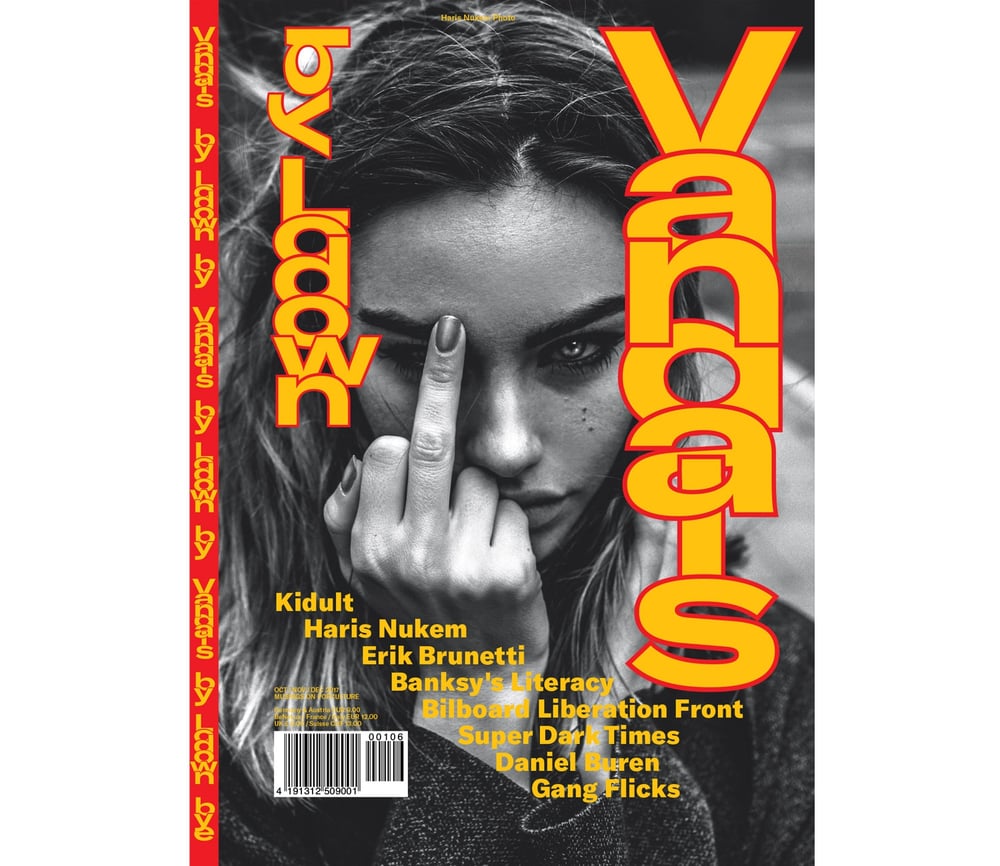 It’s important to question and provoke, to challenge the status quo and stay woke. Rest assured, in our new issue you’ll find many a night owl rebel out there shaking up the norm, challenging authority, messing with the boring, retaliating against big fat corporations and cookie cutter in your face ad nauseam advertising. (...) We rise up against principles we don’t believe in, against structures that are bound to topple, rituals that are in need of a reshuffling. So long as you too refuse to go quietly into the night, viva la vandal.

Enjoy this very issue! Highlights include:

HARIS NUKEM
UK-based photographer Haris Nukem just had a celebrated solo show titled “Humans“ at London’s NR Project art space in late summer, proving once again that “good vibes“ is a very flexible expression, as the very majority of his stunning portraits capture individuals consciously on a collision course with society and its established norms. And even though Nukem’s images are bursting with energy and attitude, there is a lot of vulnerability and breathtaking beauty on display as well, proving once again that true beauty only happens when you’re willing to truly free yourself from the streamlined promises life offers and finally embrace the notion of vandalizing the standards.

DAVE RIMMER
Every now and then you find a little treasure, in this case it’s a book. A while ago, our friend Mark Reeder commented on something on FB, one of his friends once wrote a book about the last days of the divided Berlin. Particular publication is titled “Once upon A Time In The East“, and it’s a total stand-out. It was published in 1992, it’s only available in English... and unfortunately it has run out of print a long time ago already. The book was written by Dave Rimmer, a British music journalist who worked for Smash Hits, a very influential and successful pop music magazine in the UK in the early 80s. In 1988 he felt he needed to “detox from celebrity“ and followed an invitation to West Berlin - the rest, as they say, is history.

SpY
City life - regardless of its many implied amenities - tends to throw a whole bunch of unpleasant qualities in your direction to make sure that each and everyone busies themselves with maintaining their civilized appearance before we realize that all these beautiful complexities that once shaped us are gone for good. And that’s exactly why the urban interventions of Spanish artist SpY are so relevant, as they force us to emerge from our day-to-day routine and see our environment with different eyes. Again. SpY’s work consciously attacks regulations and that of the standardized public space - and our habits of thinking and perception - through his thoughtful provocations that confidently sit between critical comment, activism and nonchalant silliness.