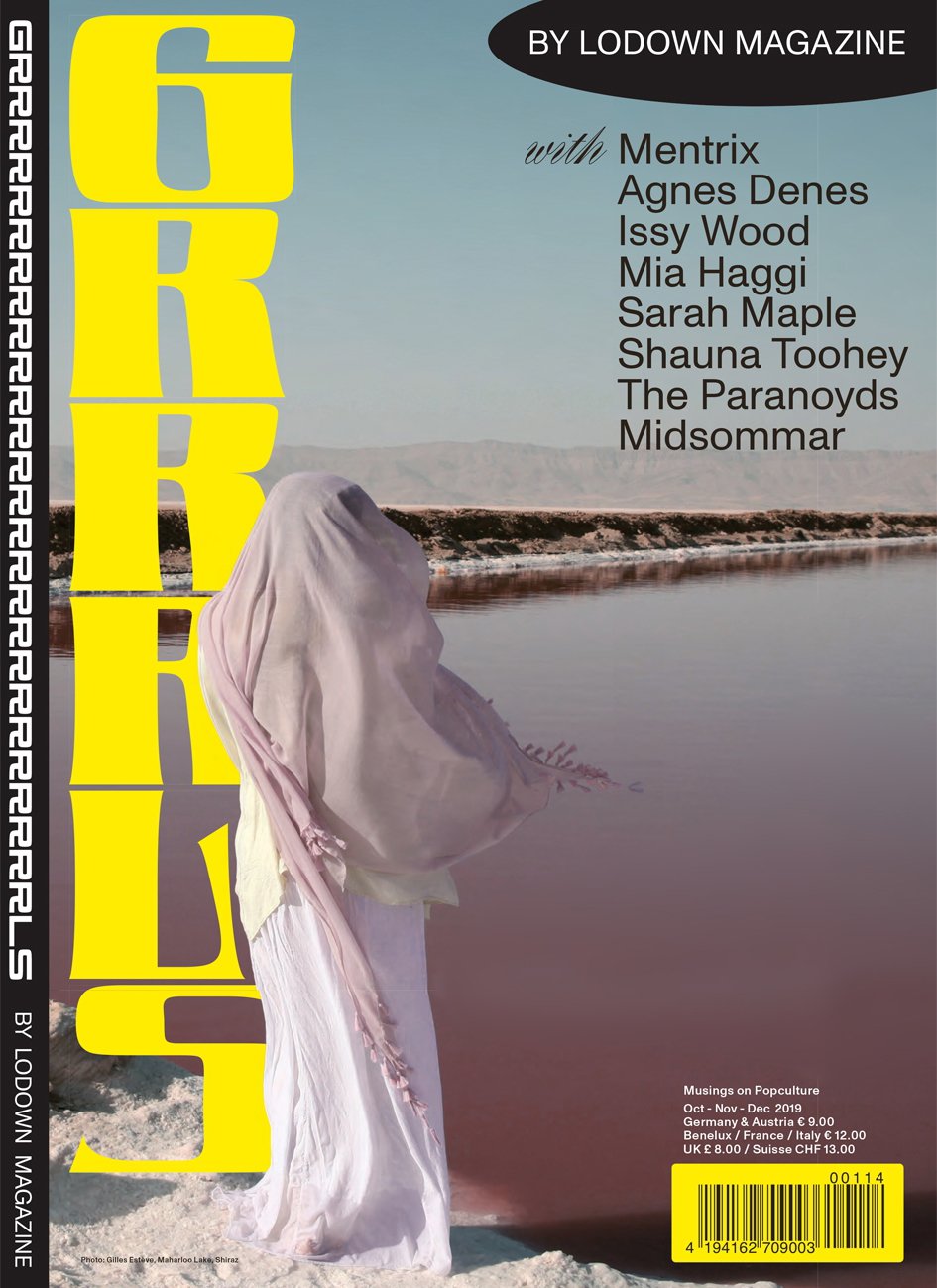 It’s not just a buzz. It’s for real this time. Slowly but steadily, it’s gonna happen. That thing called change. And it will be a predominantly female-centric one. You shouldn’t expect any kind of elaborate superstructure in this very issue though. There is no men vs women and its implicit over-simplified presentation format of evil vs good - because reality proved itself to be a lot more complex than that. Instead, Lodown’s latest issue GRRRLS presents itself as a celebration of all the uncountable female talent out there that’s dedicating their craft to turn this planet into something more beautiful, smart, reflecting and overall rad again. That’s it, really. It’s a celebration of those individuals with an intact moral and intellectual compass. The days where girls have to be something other than themselves altogether are finally numbered.

Highlights of our GRRRLS issue include…

- SARAH MAPLE... Celebrated British artist Sarah Maples certainly is no stranger to challenging your beliefs about society, gender roles, religion, Internet culture, the art circuit, and whatnot - she smoked in a hijab, got beaten live on tape, transferred Disney-princesses into the academic world, and is pro-orgasm while wearing a burqa. What usually would be considered as being downright smart and deliciously provocative immediately got incredibly scandalized because Maple’s not only pro-feminist but of mixed Islamic background.

- MENTRIX... All it needs to snap out of the current state of ignorance is reminding ourselves that it’s actually quite simple to become bigger than we’ve been recently - greater in spirit and more courageous. And Berlin-based Samar Rad aka Mentrix could be just the right musical catalyst for bringing this endeavor into fruition. At this point, the multidisciplinary artist is far from being exhausted from fighting the good fight, even though she basically spent the last four years working on the accurate transition to introduce her artistic vision to the world - and the result is nothing less than breathtaking.

- SHAUNA TOOHEY... When the cultural landscape becomes a drag, it is high time to create a new narrative. Multidisciplinary artist, designer, The Changes member and mother, Shauna Toohey advocates living joyously through community engagement, inclusive creativity, collective wah-wah and a decent dose of subversive rupture. The status quo has no choice but to mutate. Toohey is all for making culture collective and (psy) active in the here and now, not stuck in yesterday’s rut, but brandishing future vision and grounded in today’s fun.

- COMPUTER GRRLS... The first computers were programmed by women, 75 years ago, and women wrote the software behind Neil Armstrong’s ‘giant leap for mankind’. Since then, IT has become ever more important and gradually turned into a field for nerds where women seem out of place altogether. But the tide is turning: a new wave of Computer Grrrls presents itself through a fantastic exhibition at Rotterdam’s MU, which highlighted the historical role women played in the development of computer science.

- plus more elaborate features and visual awesomeness from the likes of: Abigail Varney, Mia Haggi, Brijean, Agnes Denes, Karen Hackenberg, Midsoomar, Issy Wood, The Paranoyds, The Evolution of IT Girls and many others.